Fill-in your information below and you’ll receive a complete, fully functioning version of Green Screen Wizard Pro with Studio Editor to try for yourself. That’s five layers to create amazing images from portraits to sandwich overlays, including the Airbrush Editor, it puts powerful special effects at your fingertips -- it’s the next evolution in chroma key removal.

When Annette Olsen decided to purchase Green Screen Wizard software a few years ago, she thought she’d have some fun taking pictures of her grandkids and putting them in all sorts of fun scenes. But what started out as an enjoyable activity she could do with her grandchildren, soon turned into a nice business for Annette. Here’s her story in her own words… 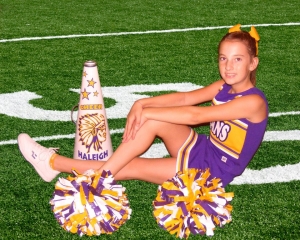 “I became interested in portrait photography about the time my first two grandchildren were born. I had been taking them to Sears and Walmart’s portrait studios to have their photos done — some were good some were pretty bad — but regardless, I was paying several hundred dollars for them without the ability to reprint or copy them. I figured I could do a better job with my own camera. I studied some online ‘how to’s’ and read everything I could about doing portrait photography. At the time, all I wanted was to get some good pictures of the grandkids, never thinking that someday I’d be a professional and actually earning some money with my new found skills.

“Sometimes I would take the kids to a park and we’d take some pictures, but since I have a little trouble walking, doing location shoots was a challenge for me. So I did some more research and the more I read, the more I became convinced that green screen photography was the way to go. It would allow me to have fun photo shoots with the kids at home and then I could work the green screen magic on my computer.

“I started with basic portrait photography, taking photos of the kids against blue and green backgrounds in my large living room. In the beginning, I used Elements software — cutting out my subject and then pasting them to a background. Well, unfortunately, these images looked really horrible.

“So then I bought Photoshop, but found it to be too complicated — it really wasn’t my cup of tea either. Then one day I was searching for more backgrounds and found Green Screen Wizard software. It seemed to be just what I was looking for… 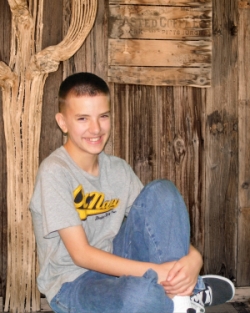 “I followed the video tutorial and when I felt pretty confident that I understood what to do, I got the granddaughter dressed in her cheer uniform and started snapping. From that very first session, I was hooked! When I showed the pictures to my daughter, she loved them so much that she started showing them to the other cheer moms and before long I was taking photos for them too!

“I quickly upgraded to batch processing and loaded all the backgrounds I wanted to use. This allowed me to easily pick the background and show the one pose with 12 different backgrounds. I then would save all the ones I really liked.

“Now my customers come in and I take about 10 green or blue shots. Then I load them onto my computer to check for shadows. If they’re good, then I have them choose three of the best poses. I make them a file and pull up Green Screen Wizard with them by my side, so they can pick the backgrounds they like best. Then I simply save them to a file folder for that shoot and include the specified background folder in batch. I then do the same for the foreground. A typical sitting takes about two hours, which includes handing them the final DVD with about 20 to 30 portraits at the end.

“I still don’t think of myself as a pro, but word is getting out and I seem to be in demand. I usually just charge a modest fee for the sitting and the disc with a copyright release, so they can make as many copies as they wish and post them on their Facebook pages, Instagram, wherever they want.

“I’ve gotten a lot of satisfaction from doing the portraits of children and families and hope someday to open my own portrait studio.”

You can learn more about Annette Olsen’s photography

Get updates and information 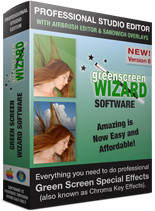